Still no end in sight; today, our government has tightened the contact restrictions again and extended the lockdown to the end of January. Quite rightly so, the infection rates are still way too high.

Even though we all know that the virus transmits from person to person, some politicians from our governing party advocate to lessen the restrictions and have more people die instead. I guess that’s all about shareholder value.

Also, RWE uses the lockdown to destroy more villages around the Garzweiler open-pit mine, even though we know that we won’t need the lignite anymore. Is that about shareholder value, too? 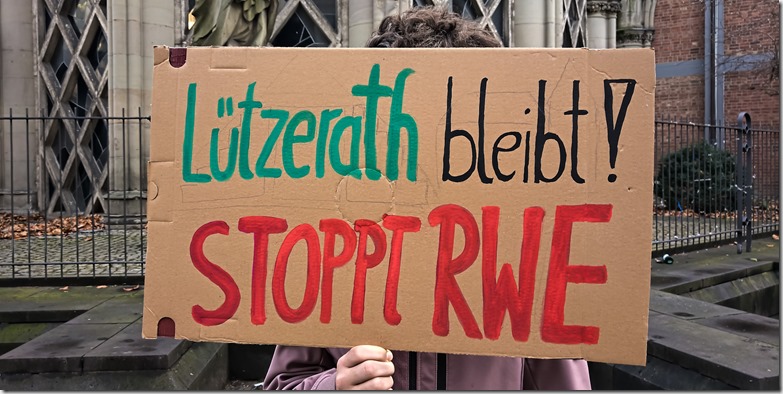 It came, and it went, my first virtual New Year’s Eve. Relatively uneventful, zooming with family and friends, and watching a Techno live stream on Twitch.

The start of the new year was not a big thing; we’re still in the first year of life in the age of pandemics, and nothing is going to change a lot in the short term. I hope that by the end of 2021, we will have made significant progress towards solving both crises, Covid-19, and the Climate Emergency!

To keep the momentum going, we started 2021 off with our first climate strike of the year, asking for #solidarity

I’m happy to say that I reached most of my 2020 goals, except for my YouTube targets.

2021 must be the year in which CO2 emissions finally begin to drop! 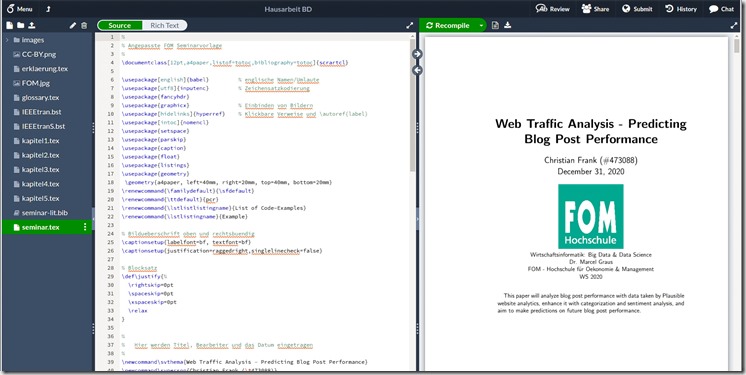 As expected, the current lockdown measures were not enough to slow the infection rates, and we will go into a much harder lockdown beginning Wednesday. Schools and shops will close, and contact restrictions will remain in place over Christmas and New Year’s.

Then there is still the other crisis, the looming climate emergency.

Two years ago, Fridays for Future staged their first climate strike in Cologne. In honor of this birthday, we dropped a giant banner on Deutzer Brücke to remind us to always #FightFor1Point5 and our politicians to #MakeParisReal. 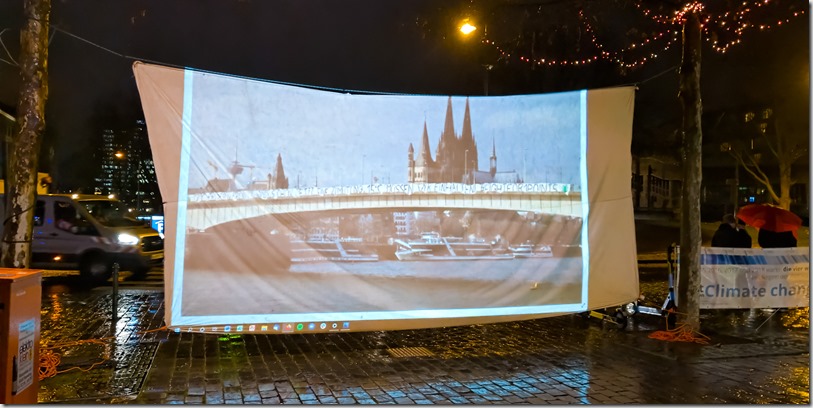 The current measures do not reduce the number of infections enough; this week, state and federal governments will convene again to tighten the rules. Aside from Covid-19, we also had two significant events on the other crisis, the climate emergency:

On Friday, we had a scientist, Jason von Juterczenka, deliver a fascinating lecture on tipping points in our climate and how close we are on the road to the worst-case climate scenarios (RCP8.5).

On Sunday, we met the Eiffel tower en route from Dresden to Brussels to remind the EU government to keep the Paris Climate Accord. 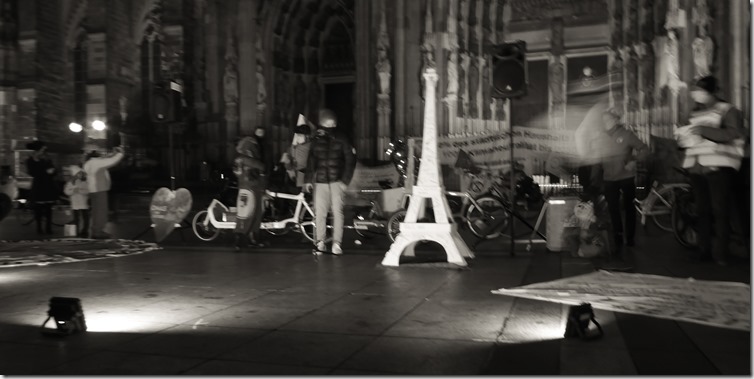 Infection rates are dropping way too slowly; we will likely see an extension of the current lockdown at the next federal conference tomorrow.

Still, Police in the state of Hessen is using the lockdown to press ahead with the utterly unnecessary destruction of the Dannenröder Forst. And the Greens are keeping their silence.

All over the republic, activists are staging protests in support of the people defending the forest. Well done! 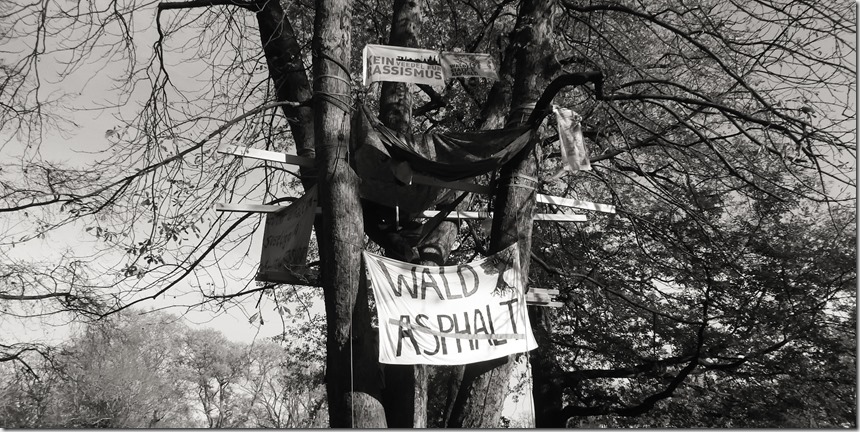 We need to talk: For the past decades, you have billed yourself as the leading party supporting the protection of our environment.

In the face of the current climate emergency, the ecological movement has grown into a worldwide climate justice movement.

However, in the states where you are governing, you’re coming up short – sending riot police after peaceful protests protecting our forests is abhorrent.

Maybe now it’s time for you to step aside and make room for a new green party, one that’s less clinging to power but more willing to fight for climate justice? 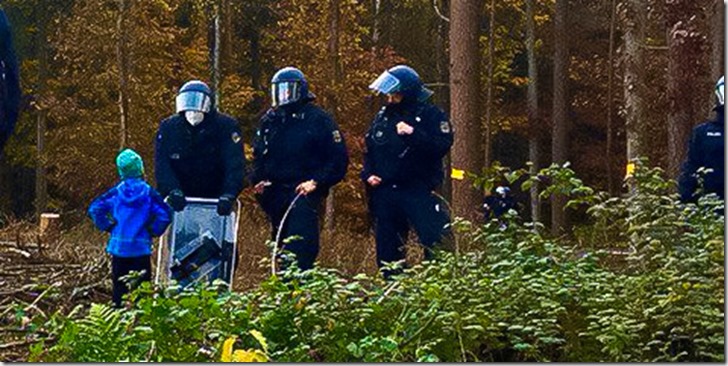 It’s not only the Dannenröder Forst or the open-pit mine Garzweiler where our politicians stick to the ideas of yesteryear and ignore the climate emergency.

In our fair city, Cologne, the city council is determined to destroy the city’s lung, the green belt, for our soccer club’s benefit. The club is not that successful, they play on and off in the Bundesliga, but they are well-liked in the city.

Soccer is quite emotional, making it quite challenging to speak out against their expansion plans; however, the city’s climate and its inhabitants’ well-being are equally essential. There are several good alternatives to their plans to destroy the Gleuler Wiesen.

With the looming climate crisis upon us, we should no longer destroy old habitats for the profit of a few! 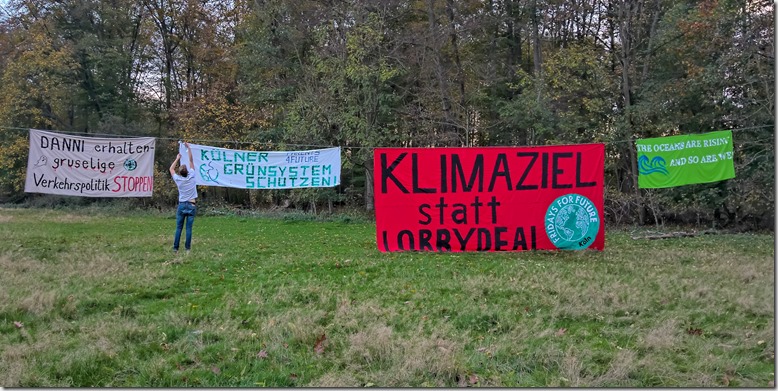 For a couple of weeks now, you can order the excellent vegan chicken from Eat Planted via their webshop in Germany.

Eat Planted is a swiss company, and so are their prices, unfortunately, if you compare them to similar vegan meat-alike products from Rügenwalder Mühle, for example.

If you like food and the taste of meat but still want to do something for the environment, give it a try! 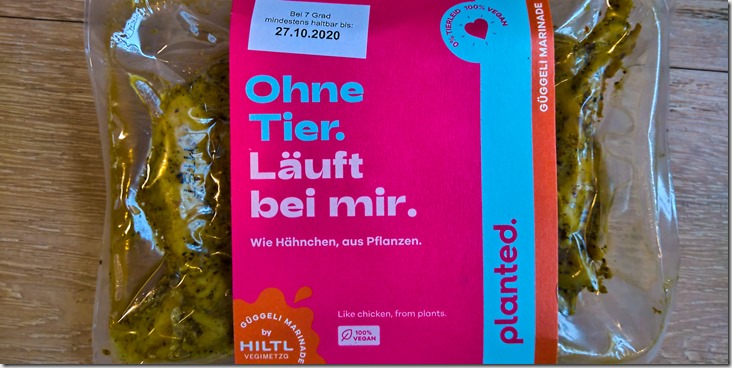 One year ago, we decided to add an after-work protest to the weekly climate strikes.

Much has happened since, not least, a global pandemic, but one thing did not change: Our politicians still largely ignore the climate emergency.

They seem unwilling to change, adapt, and leave the fossil era behind, not for themselves and not even for their kids.

What does that mean for us?

The science is obvious; we won’t stop fighting! 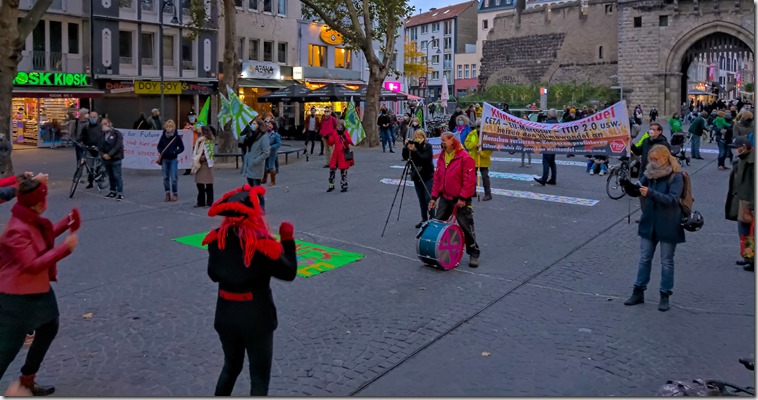