This week was utterly frustrating – Ukraine is under heavy attack, and our government is doing almost nothing to support them.

There was a good analysis by Anders Östlund on Twitter, pointing out the four old white men in our governing party (Olaf Scholz, Gerhard Schröder, Sigmar Gabriel,  and Walter Steinmeier). They do not want to acknowledge that their policy toward Russia has failed. The approach that worked well with the former Soviet Union now fails with the Tsarist autocracy and leads to bloodshed and murder.

Also, we should not underestimate the role of fossil fuels and greed in this.

On Covid, the incidence figures in Cologne have remained stable at 600. Nevertheless, I got my recommended second booster this week, four months after the first. 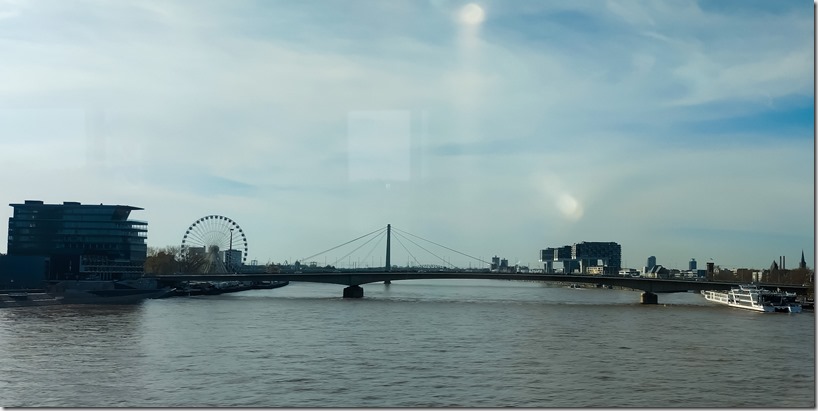 Our country is not addressing either of them properly.

The incidence has remained flat at 1550.

Last Friday, we took to the streets again to demand action! 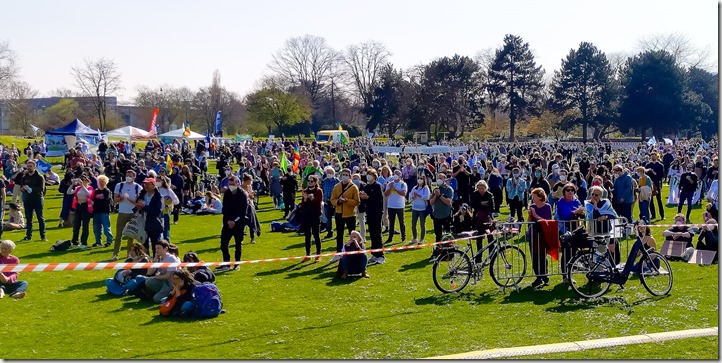 Actions speak – as Jakub Janda points out on Twitter. So true!

Germany has done almost nothing to support Ukraine against the murderous attacks from Russia; instead, it continues to fund the war through massive imports of oil, coal, and gas.

The actions of our government are shameful, at best.

As with Afghanistan, the lesson to the world is that Germany will only look after its interests and betray you in a blink of an eye.

The German inaction will be an issue during the next global climate strike; in Cologne, it will be on Friday, March 25, at noon in Rheinpark.

Regarding Covid, the incidence has gone back down to 1670 in Cologne. 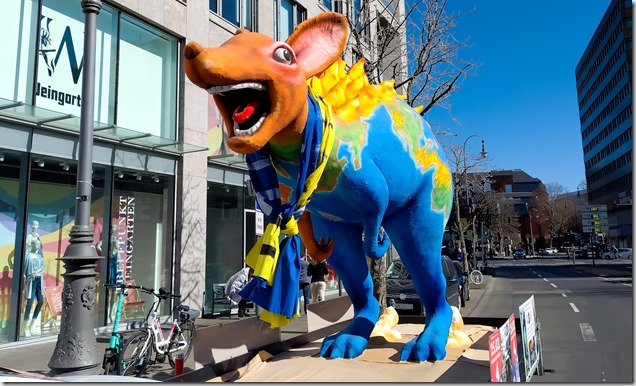 The incidence in Cologne is rising again with Omicron; it’s at 454 today.

Irregardless of the massive spread of the disease and the ever-climbing figure of related deaths, there is still a loud minority protesting against Covid-19. As if a virus would care about a protest.

Even worse, these people (Schwurbler, as we fondly call them) have joined forces with the far-right and other conspiracy theorists.

Yesterday we finally had a counter-protest to show that most people believe in science and solidarity. 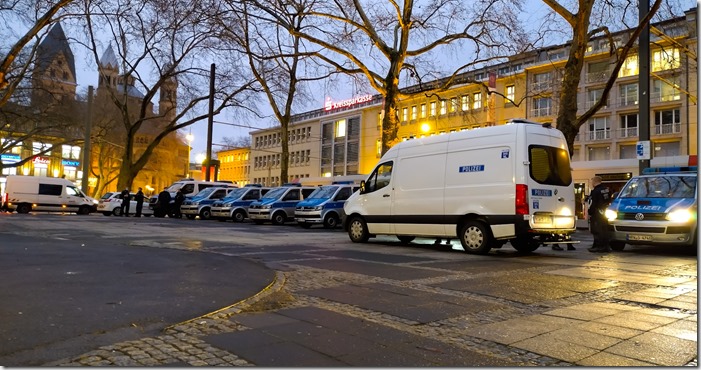 The incidence in Cologne is rising again with Omicron; it’s at 312 today.

So far, it’s been a slow week, with a fantastic hybrid protest against RWE yesterday, though.

In our new office, I’m in the process of connecting the KNX bus to Google Assistant, using a Thinka gateway. Sometimes IT knowledge helps when dealing with IoT devices, and sometimes it doesn’t.

Veganuary is also coming along nicely. 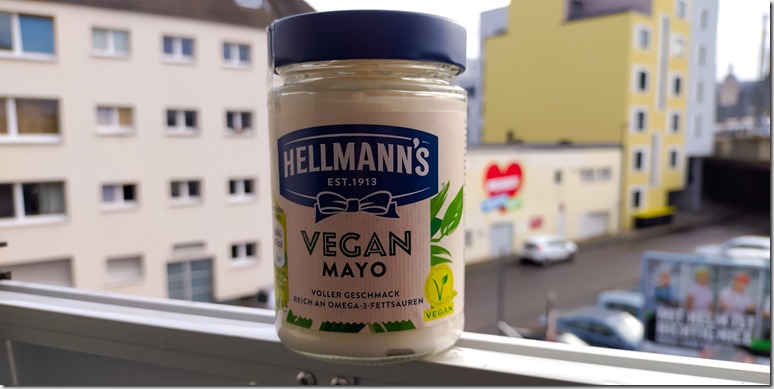 There is no reliable reporting on the incidence rates between the years, so we do not know how much they have been going up.

The beginning of a new year is usually the time for resolutions, so here’s mine: 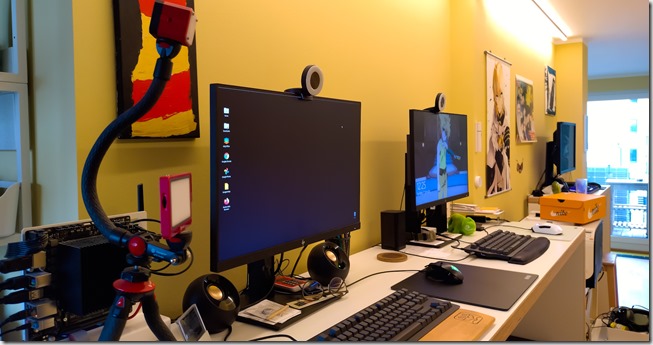 The fourth wave is here; Germany has a record number of new infections, and the incidence in Cologne is at 220 right now. With a dysfunctional acting government and a not-yet-functioning incoming government, we are stumbling headfirst into disaster. Hopefully, a full lockdown is coming soon.

The absolute low point this week was when the chairperson of the fringe liberal party, Christian Lindner, was schwurbling on TV that it was scientifically proven that contact reductions would not reduce infections with the Corona-Virus. They might end up in our next government – we’re so doomed.

COP26 was similarly a disaster – our acting government avoided any form of commitment and didn’t even sign the declaration ending internal combustion engines or firmly commit to stopping burning coal.

Reaching a compromise in politics is challenging work – but why are most people in power (mainly men) so unbelievably ignorant towards scientific facts?

On a positive note, our labor minister is preparing a new home office mandate – yay! 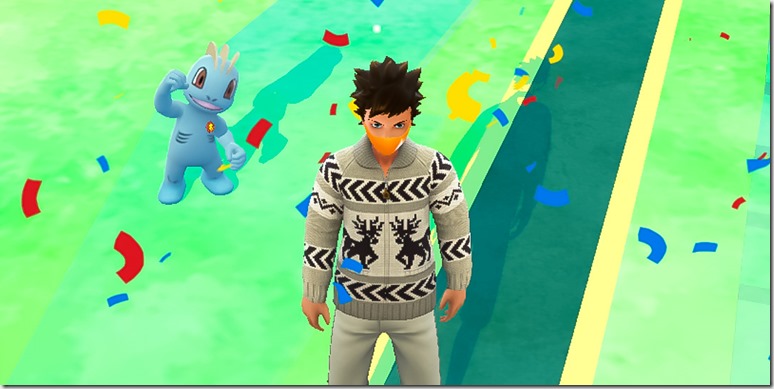 One year later and the incidence figures are rising again, as predicted; Cologne is at 151 right now.

The people with the highest risk are our most important and, at the same time, most vulnerable group: Our children – our future.

Why do we not do more to protect them?

We are not only failing them with Covid-19, but we’re also failing them in dealing with global heating. COP26 does not seem to be the breakthrough our planet needs. Our leaders are talking about reaching a compromise – as if they could discuss with Physics. It’s so simple: To stop the global warming of our planet, we need to stop burning fossil fuels. Now.

One place where we try to defend our planet is Lützerath – come and join activists from all over the world! 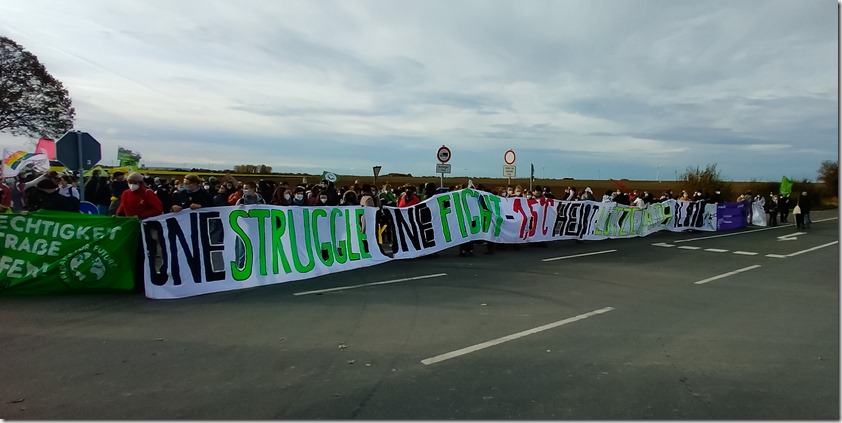 Not surprisingly, the incidence in Cologne has gone up again; it’s at 93 right now and rising. Are we officially in the fourth wave yet?

Last Friday, we had another global climate strike in Berlin. We wanted to increase the pressure on the coalition talks underway between the Social Democrats, the Greens, and the Liberals, to make sure they keep the climate emergency at the forefront of their negotiations. Also, COP26 is around the corner, and we need to focus on actions this time, not on another round of pledges.

The protest in Berlin was quite a success, with 20,000 people attending from all over the country.

The police, however, did not behave that well and used force against some protesters.

Also, the Social Democrats were quite upset at a social media post referencing one of their grave historical mistakes during the formation of the First Republic. Oh well. 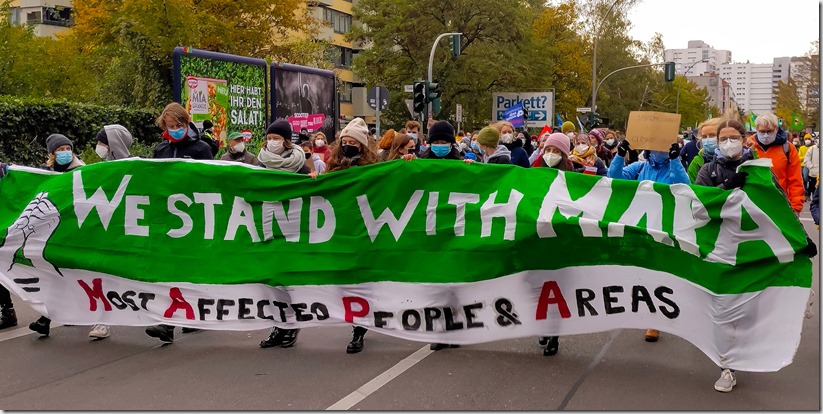 The incidence in Cologne has declined further; it’s at 57 right now.

Are we still in a shutdown? At least the indoor mask mandates are still in effect.

But we do have a shutdown this week: The WandelWerk is finally closing to the public.

When the two car dealerships, Yvel and Levy, joined forces again a couple of years ago and moved to a new location in Cologne, the city offered the former Yvel dealership on Liebigstrasse to KLuG e.V. for interim use, as an open space for social and cultural encounters.

It was a great time, and the idea will live on, in the Quartiersbüro, Liebigstrasse 257. 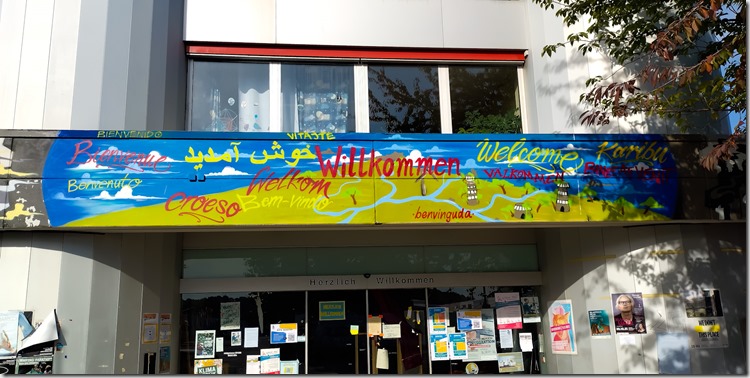