In 2020, Germany builds a new motorway through three old and precious forests, severely endangering biodiversity and the supply of drinking water for the surrounding villages.

The state’s government is a Black/Green coalition (in US colors, that would be Blue/Green – the Christian Democrats in Germany occupy a comparable space in the political landscape as the Democrats do in the US). One would assume that a state ministry of public transportation run by a Green would oppose such a forest’s culling.

Alas, the Green party does nothing to oppose it. Their silence is deafening, and state party officials hide behind legalities and technicalities to not loose their power positions.

Unfortunately, a Black/Green coalition government is also the most likely outcome for the next national election. 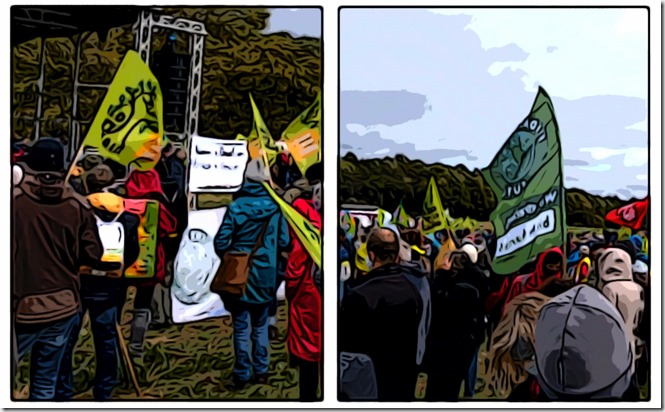