Last Saturday I attended the first rally in Berlin against Article 13 of the revised EU Copyright Directive.

Pretty impressive turnout and a number of prominent artists that were supporting the event – Berlin being Berlin, there was more techno music than chanting, but overall it was a well organized rally and I am glad I went.

Monday then saw a move by the EPP to move the date of the parliamentary vote forward a couple of weeks, to avoid the European protests on March 23rd – so we all took to the streets on Tuesday, forcing the EPP to back down, not without them trying some rather dirty maneuvers first, though.

This Saturday we’ll again have rallies, in Germany 9 cities have signed up so far. 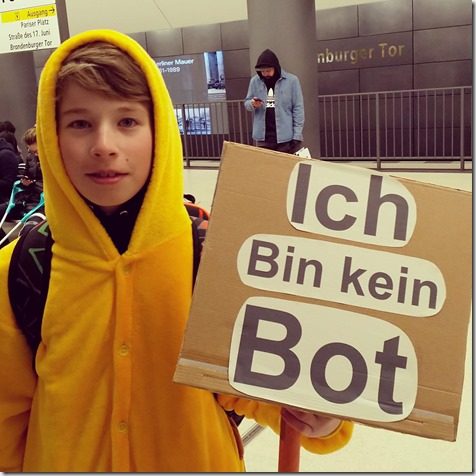 (Picture taken with permission from an accompanying adult)