Thursday last week we had the opportunity to meet with Axel Voss, MEP at a public hearing of his party, the CDU, in Fischenich, a small hamlet near Cologne, Germany.

In many words, Axel Voss shared his view that the new EU Copyright Directive, and mainly Articles 11 thru 13, would not bring any changes and would be nowhere near as harmful as we fear. Axel is a master of speaking for a long time without saying anything – there’s a great video from that session on Jakob’s channel.

On the next day though, his own party through their legal expert, Heribert Hirte, issued a statement that the directive will indeed require filters, which was later confirmed by the EU Commission itself; most notably, the French government immediately started to work on such filters.

In summary – it’s not as bad as we thought, it’s much worse! 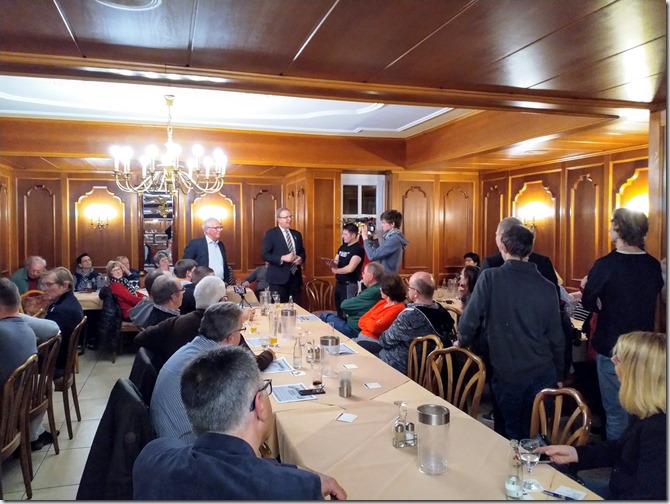 Yesterday, on my way to the article 13 rally in Berlin, someone in deep desperation jumped out in front of our train and killed themself.

I hope they will now find the peace they were looking for!

My heart goes out to the train driver, who will have to live with this trauma for the rest of their life and I hope they will have the support and strength needed to deal with it!

I am also very thankful for the Deutsche Bahn officials involved, who drove the train to the nearest station, saving us from evacuation.

I bow my head in deep respect 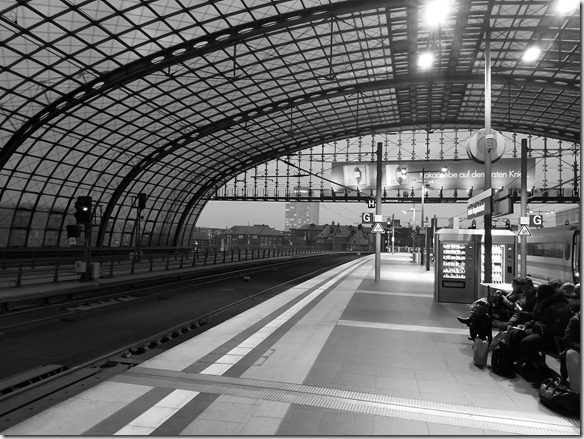 Yesterday saw the first demo against Article 13 in Cologne, there are many more to come all over Europe in the coming weeks. For an up-to-date list, please check here

Needless to say that the current version of Article 13 spells disaster for all smaller providers and will change the Internet and Social Media as we know it to the worse.

But I was amazed at the turnout – with a mere two days of preparation the organizers reached about 2000 people on the street, and 16000 in Livestreams.

With #FridaysForFuture and #WirSindKeineBots this new Generation Z has the will and the ability to change the world and make it better!

It’s now time for us adults to support them as much as we can! 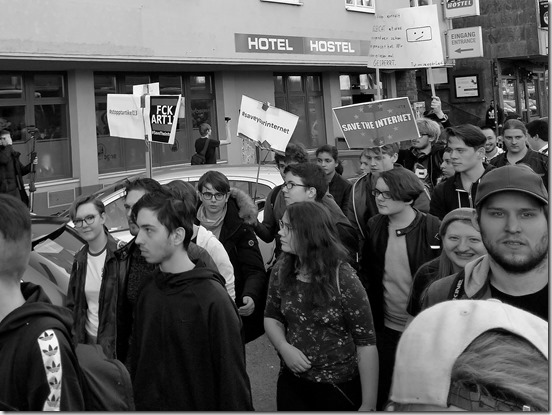 My son Theo is planning to spend a year in Ireland as an exchange student, with EF as the hosting organization.

To support his travel, he has applied for a scholarship – can you support him by voting for him at http://www.ef.de/kreativstipendium? 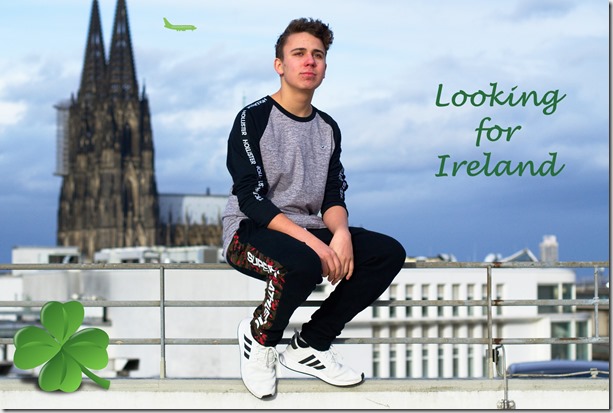 Yesterday we had the first Kubernetes Conference in Cologne, KubeCologne.

With over 150 attendees and more than 15 session I hope we were able to present a good point of view on the current state of Kubernetes and the road ahead.

There was also ample time for networking and sharing – we really hope that people were able to learn a lot and get the information they were looking for.

Thanks a lot to all who joined us, our sponsors and our film crew! 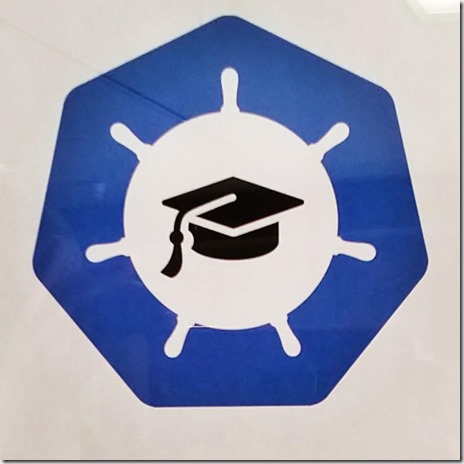 Clearly designed for suburbia, it’s not fun to drive in the inner city due to it’s long turns and poor maneuverability, and even less fun to park, as it’s wider and longer than most regular parking spaces. The interior though is very comfortable, with a high entry, very spacious seats and all assistance systems you could possibly think of.

It’s definitely a car that you can drive well into your 70s. 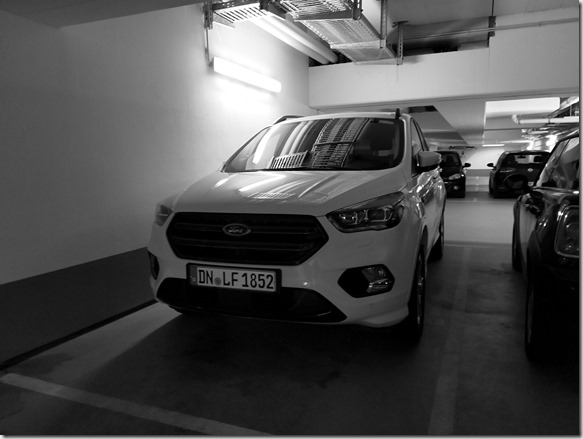 The year is still very young, but it already has a new favorite movie, Shoplifters.

Shoplifters is a 2018 Japanese movie, directed by Hirokazu Kore-eda, that won the Palme d’Or at last years’ festival in Cannes.

In a nutshell, the file is about families, adopted and real, and the bond that forges – great cinematography and even better storyline.

Highly recommended and definitely a must-see! 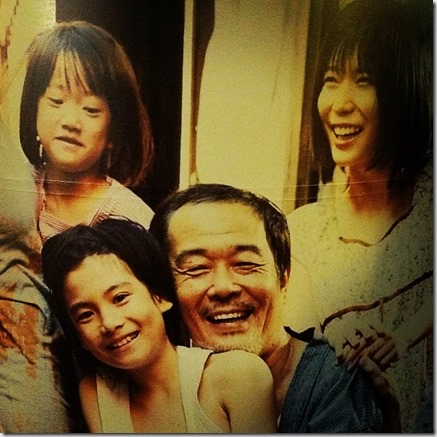 The first days of the 2018 Holiday season are over, tomorrow is a normal day and even though most people are still off work, shops will re-open.

There’s still a lot of time until Three Kings (January 6), when most people will return to work and everyday life commences – time for friends and family, time to reflect, to rest and to regroup, and time to check on last year’s resolution (that’ll be a separate blog post / video though).

The coming days for me will be full of work, winding my freelance consulting business down, as I will return to being an employee on January 1st; I’ll stay with the same consultancy though, so it’s more of a legal and status change than an actual change of workplace.

In December there were a huge number of YouTubers who did Vlogmas – to name a few, celebrities like Johnny Orlando or my favorite LGBTQ+ activist, Jackson Bird (if you haven’t watched his TED Talk or any of his videos on what being trans actually means, do that now!) – it was a real joy to watch the stories unfold as December progressed.

Thanks a lot to all the creators that went out of their way to produce daily content for us – deeply appreciated! 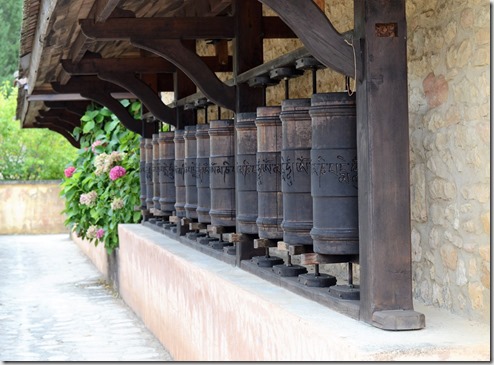 In the week before the holidays I went on a movie spree – the past weeks had been quite intense and I didn’t find any time, so as the year’s winding down, it was time to catch up.

Mary Poppins Returns is a great remake of the original, musical style, with singing leeries doing parkour; might be boring for kids under the age of 50.

Aquaman is solid action fare, but not something really new.

Bumblebee is a great prequel to the Transformers series, with B-127 as a cute beetle saving the world and setting the stage for the series.

Spiderman though was something entirely different – completely new universes, complete new set of characters, including a spider-pig named Peter Porker; I’m looking forward to more of Miles’ adventures on the big screen! 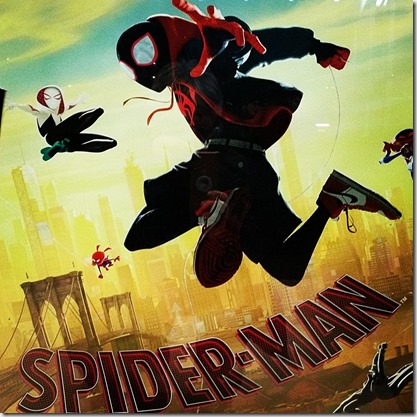 Yesterday we went to a concert by Hatsune Miku, a quite famous Japanese singer; she’s on her first tour in Europe and it was her first concert in Germany. Luckily for us, she chose the LANXESS Arena in Cologne as the venue, which made it quite easy for us.

Hatsune came with a couple of her friends for support, Kaito, Meiko, Megurine Luka and the Kagamine twins.

Almost everybody in the arena had her signature Glowsticks, so the colors from stage spread throughout – very special.

The concert itself was great, wonderful song selection and a stellar stage show – I really hope she’ll come back to Cologne soon!

Needless to say that she made a very nice attempt to welcome us in German . 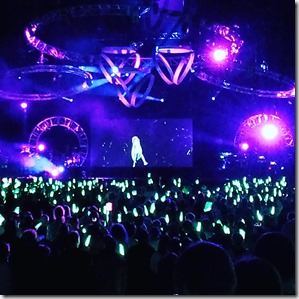