Until recently I did not know that there were such things as fan series – boy, did I miss out!

I would like to highlight one in particular, the Red Hood Fan Series which is set in DC’s Batman Universe, following the adventures of the three Robins – Jason Todd, Tim Drake, and Damian Wayne – in their quest to take back Gotham from the Court of Owls

With professional camera, high quality editing and great actors such as Cameron Judd (as Damian Wayne), Ian Lang (as Jason Todd),  Nadav Jackson (as Colin Todd), and Madden Zook (as 7B05), the series is a must to watch

Season 2 was financed by a Kickstarter, which I missed, but I’ll definitely be in for season 3! 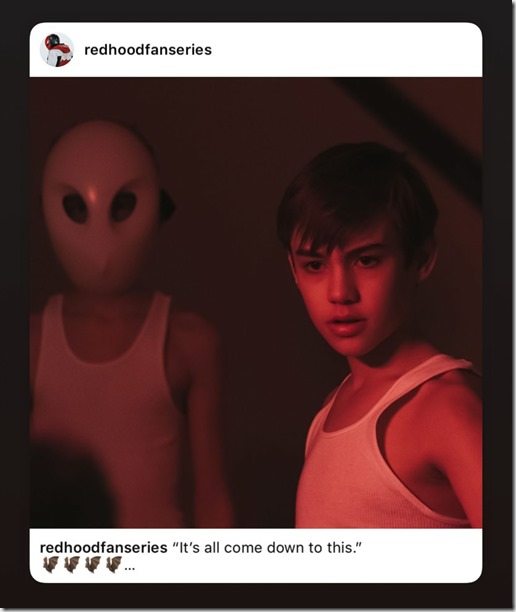